"Fire only burns the one who approaches it. "

Bisha-a (ordeal by fire) is an interesting law, only used by Bedouin in the Sinai Peninsula (in earlier days) to settle disputes in the absence of evidence and only for the more serious charges.

When a suspect is accused of murder or any other serious charge, after heated affirmation of the truth of the charge on the part of the accuser and equally violent denials and repudiation on behalf of the accused, it may be mutually agreed that the case shall be taken to the 'Bisha-a' for decision. 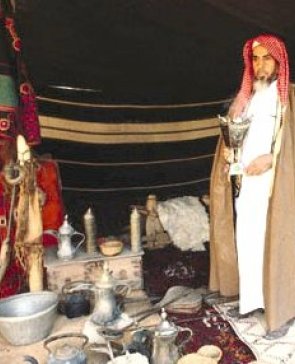 The accuser and accused must first agree upon a neutral third party, whose duty it is to make sure there is fair play. The Bisha-a is held in the house of the Shaykh or at some other pre-arranged place (Magha'at) where the whole proceedings are open to anybody to watch and there being no secrecy or staging of any kind.

The onlookers, the accuser and the accused, their mutual assessor and the two chosen by the Shaykh himself (the neutral third party) gather in a semi-circle around the charcoal fire.

The Shaykh is seated in front of the rest of the assembly close to the fire on which the iron spoon is laid with the charcoal built up around it. He will direct the accused to come and kneel behind his left shoulder and the Shaykh will quietly recite a prayer in which all present reverently join.

A small pot of water is then passed to the accused to rinse his mouth, followed by an examination of his mouth, lips and tongue by the three assessors. The Shaykh will take the spoon with his right hand from the fire, flick the ashes off its upturned bottom with his other hand and present it glowing red to the accused at his left elbow. 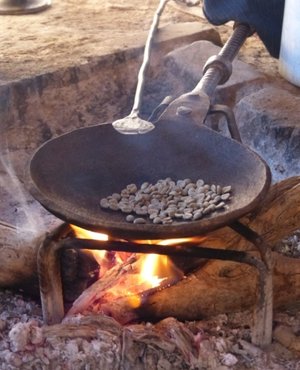 The accused will put out his tongue and lick the hot spoon. As his tongue returns into his mouth, the onlookers should clearly see the black mark of the ashes. (If not, they can call: 'Again'.) The Shaykh will pass the pot of water to the accused to rinse his mouth and he will pour several times some water into the spoon. The noisy boiling and the steam, together with the complete disappearance of the water, will satisfy any doubts as to its temperature.When the spoon has been completely cooled, he will call his two witnesses and the assessor nominated by both litigants. These four will then order the accused to put out his tongue. 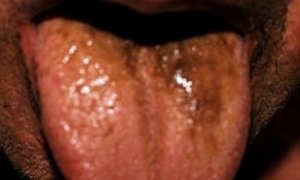 If the tongue of the accused is clean an healthy, he is considered innocent because if he would have lied, his mouth would have been dry and he would have been burned by the hot spoon. Unless it has been found impossible to come to a decision by any other means, they reserve the Bisha-a for the more important cases only, being anxious that the solemnity of the ordeal shall not be lost by frequent appeal in trivial cases. Bedouins loath to employ the oath in their disputes.The oath is a very big thing because the Qur'an is Holy.