"A people without the knowledge of their past history, origin and culture 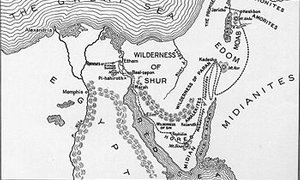 Ancient tribal people mainly settled in the area around the Saint Katherine mountain and close to Serabit El Khadim, where they were mining copper and turquoise. Among them were tribes mentioned in the Judean-Christian-Islamic books known as Horites (mountain people), Rephaim (giants), Edomites (descendants of Esau), Amalekits (nomadic people) and Midianites (nomads from the Arabian Peninsula). Alas, nomads leave little evidence behind for historics and archaeologists...

A group of Egyptians from Greek origin lived for many centuries in Sinai. 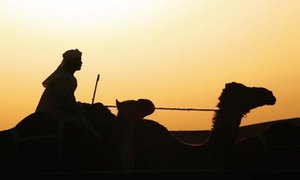 Only in the last decades (after the Israeli occupation of Sinai ended) Egyptians from other parts of Egypt moved to Sinai from other regions and today they can be found as well in the urban as in the rural areas.

The Sinai Bedouin people are the oldest inhabitants. They are living all over the Sinai Peninsula and meanwhile in many other parts of Egypt. For most people the word Bedouin conjures up a much richer and more evocative image of lyrical, shifting sands, flowing robes, campfires, camels and last but not least the image of 'Laurence of Arabia'... 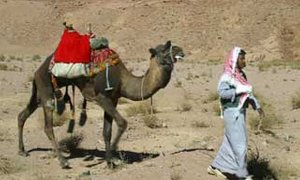 The Bedouin's culture is one of the significant cultures in world history. Their nomadic way of life and culture were the basis of the lives of the people's most important prophets: Abraham, Moses, Jesus and Muhammad (PBUH).

The Bedouin way of life has served as a prototype of islamic behavior ever since. Understanding of the Bedouin culture will enrich your life one way or the other. If you understand their old way of life, you'll understand more about their independent character, necessary to survive in the desert.

Bedouin people have undergone a radical change in only a few decades. 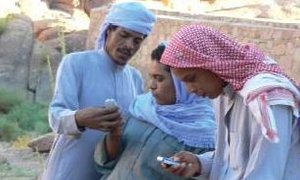 They move(d) from a (semi)nomadic to a modern lifestyle, which means a change in sources of income, housing, schools, style of dress, change of diet, etc. Their cultural heritage and traditional way of life is under threat from coastal tourist developments, the modernization of the state, cultural influences from the cities, their Egyptian neighbors, mobile phones, internet and last but not least the influence of (satellite) television.

Each new generation of Bedouin becomes a bit more like their neighbors and less like their grandparents. As a result, the traditional Bedouin way of life, their rich culture and profound knowledge of their environment are being threatened. 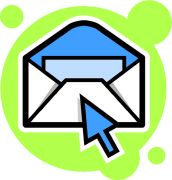